Chef Joseph Johnson who moved away from home and family at an early age to pursue his passion for the culinary arts.  Driven to succeed, at age 16 he was washing dishes in a hotel.  By age 19 he was the executive Chef at that hotel.  He then took a chance and moved to Las Angeles and attended culinary school at Le Cordon Bleu in Pasadena while again working in a hotel between classes.

Eventually he found a position at Savory in Malibu, and later, at Melisse in Santa Monica where he apprenticed under Michelin-starred Chef and Owner Josiah Citrin .  He’s currently the Chef de Cuisine at Charcoal Venice.  The following photos where taken during a morning walk through the Santa Monica farmers market collecting ingredient for one of their signature dishes; “Kissed with Coals” Baja Kanpachi Crudo.  Seeing all the foresight, work, attention to detail and all around heart that goes into each dish, it was beautiful to watch Chef Joe’s expression evolve from the focused and driven to joy and satisfaction. 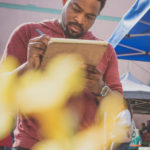 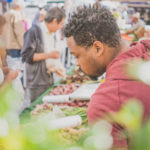 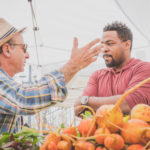 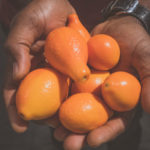 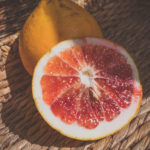 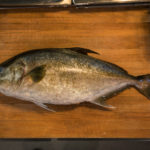 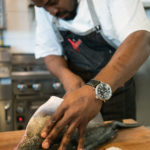 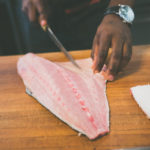 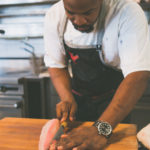 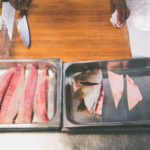 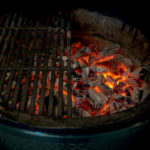 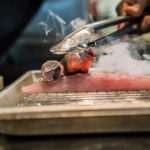 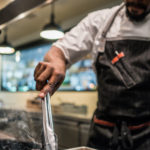 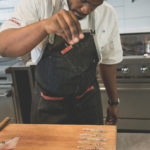 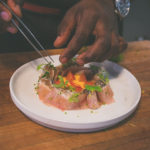 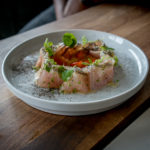 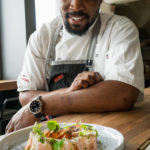 If you’re not already familiar with Charcoal Venice give them a visit and ask for the ocean-raised Baja Kanpachi!

PSS: Check out this great video on Chef Joe where we goes on to discuss the original inspiration for this dish!